The funds for aerosol containers have a peculiar shape, which must be taken into account when defining the tooling for its manufacture. The biggest difference, compared to conventional funds, is the strong curvature of its central panel in the shape of a concavity. This means that its total height is much higher than that of the bucket of its wing. This configuration generates a lack of stability in its movement along conveyors and equipment if the bottoms are driven with the top of the wing up. This peculiarity and other considerations that we will describe later, make us rethink which should be the ideal design of the die of press suitable for its stamping.

There are two possibilities of configuration of this die:

1ª.- Use the typical design used in conventional funds (used for preserves or other applications). In this case, the layout of your pieces would be as indicated in figure # 1. 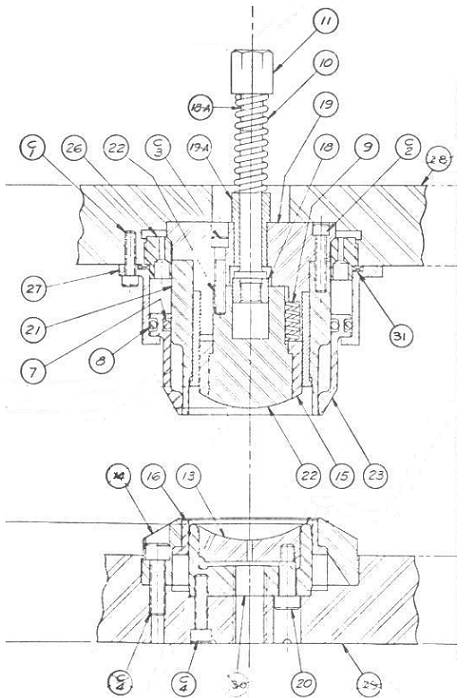 This die can be simple, double, multiple, guided, unguided, with carbide blade, etc., all like any other die. When cutting the bottom, the burr produced in the cut, whose size will depend on the type of blade and punch used and the state of maintenance thereof, will be positioned on the outside of the edge of the loop, as indicated in Figure 2 , in which a background is represented after passing through the curling iron.

Below we will discuss the advantages and disadvantages involved in the use of this die design. 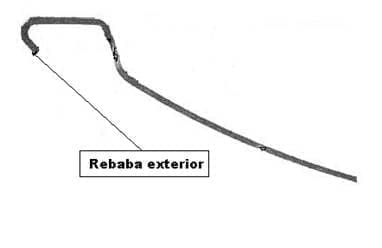 2nd.- Use a reverse configuration die. That is to say where the die-cutting is done upside down. In this case the die project could be as indicated in drawing no. 3. 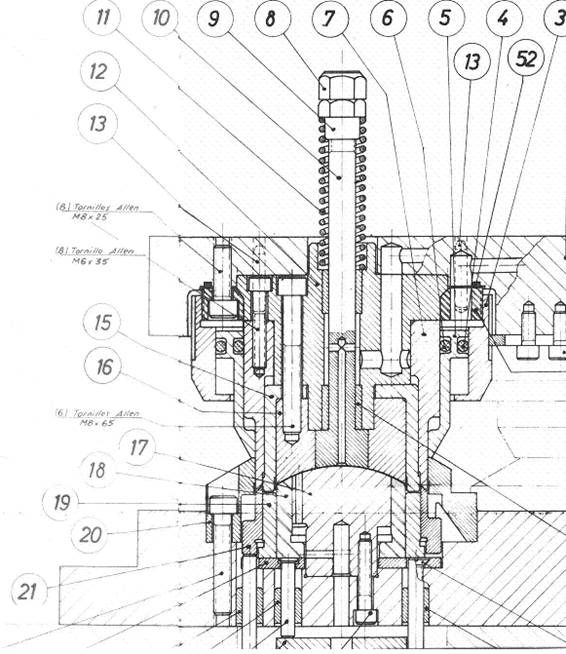 In this way, the cutting burr would be positioned inside the curl edge, as shown in drawing no. 4 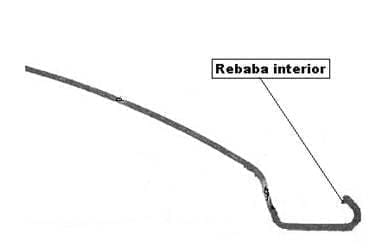 Comparing both options you can make the following comments:

–          The inverted die-cutting solution (internal burr) allows a more stable piece output, especially in the discharge channel of the press and inlet to the ripper. The design of this discharge is simplified by going to the bottom resting on the top of the wing.

–          The curling operation is also facilitated, since it is enough to flip the position of the central disc of the curling iron and its outer segments, to make the curl in an inverted position. If they were kept in their original location, it would be necessary to raise the level of the curling grooves in these pieces so that the bottom of such a high height would fit.

–          The transfer of the bottom from the curling iron to the gumming machine is easier, since it is located at the exit of the curling iron properly positioned to receive the rubber on the inside of its wing. Therefore, the discharge tumbler is eliminated, which in this case would be more complex due to the shape of the bottom.

–          The position of the burr on the internal part of the edge of the curl, avoids the direct contact between it and different parts of several machines, such as:

This significantly reduces the wear of these parts, lengthening their life. This favorable effect is very evident in the 1st and 4th cases.

On the contrary, the die for inverted funds is more complex. Among other things, it needs a double lower pressure system, and therefore its cost increases.

Taking both possibilities as a whole, we favor the design of a burr with inward strokes, to ensure greater stability in quality during production, and for a longer time, without the need for actions on equipment.