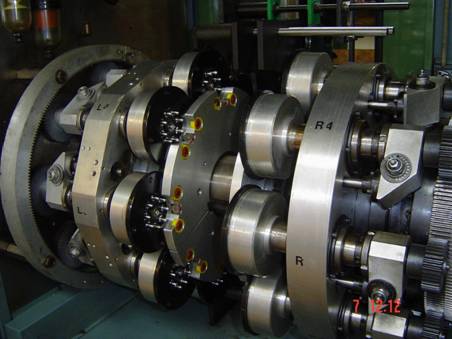 Functions of the can body tab or flange. Its dimensioning and how to do it.

The flange that has the body of the can in each of its ends, required to perform the seaming operation or union of said body with the lid / bottom, is called a flange. It is formed by a flat part, almost perpendicular to the wall of said body, and an arc that joins this flat part with it.

The flanging operation is prior to seamer station and is performed once the body is formed. In the case of cylindrical and notched cans, it follows the diameter reduction.

DIMENSIONS OF THE FLANGE

The blinking action has two purposes:

1º.- Calibrate the internal diameter, at the ends of the cylinder in case of round cans, or the internal dimensions if it is a rectangular, oval or other non-cylindrical shape. This recalibration is achieved by lightly flailing the ends of the body, and is intended to adjust these areas of the can to the proper fit of the lid / bottom in the seaming operation. Therefore, in this operation the buffer dimensions are increased from 0.10 to 0.25 mm in relation to the internal diameter of the body, depending on the size of the can.

This criterion is also applicable when it comes to packaging with a reduced end – notched -. Drawing No. 1 presents this case, and in the following table No. I, the usual values ​​of the diameters of the flanging area applied to round cans are given. The value of this flange diameter is taken at a reference point, located 2.5 mm from the end. The data reflected in this table are those commonly accepted in different international standards. 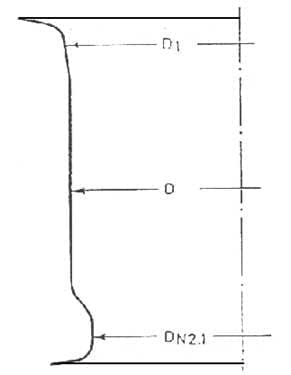 Figure nº 1: Body of round can, notched and blinked

Table nº I: Values ​​of the flange diameter for round cans

2º.- Form the flange or tab. There are different techniques to form the flange that will be discussed later. The dimensions of it are linked to the type of closure we want to make. Therefore they are related to the measurements of the lid / bottom wing and the size of the container.

The dimension of the flange must also be measured from the reference point, 2.5 mm from the end, as indicated in drawing no. 2. 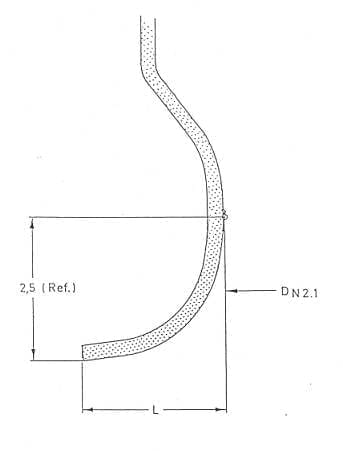 The flange width remains the same for different diameters of cans provided the same type of seam is applied. In table No. II these values ​​are indicated with their tolerance. The European regulations have been used to code the type of seam.

Table No. II: Tab values ​​depending on the type of seam and can diameter.

The machines that carry out this task are called tailstocks, although they are also known as beading. As we have said, they fold the ends of the body slightly, forming the necessary tabs to then receive the covers and facilitate the closing operation. There are several techniques to make the tab, which we can summarize in four.

–          Roller (or spool). It is the oldest type. Make the eyelashes by folding the ends by the action of an outer rulina that acted rotating on a track or roller of greater diameter. The roller has a curvature that coincides with the external shape of the flange. The bodies move with their axis in a horizontal position. It is only applicable for cylindrical cans and its work rate is low. Today its use is limited to industrial packaging lines – general lines – of large diameter. See figure 3 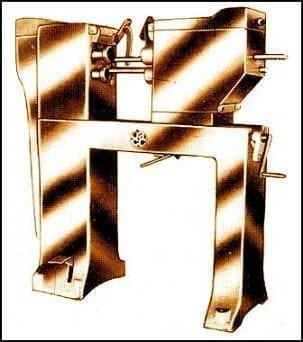 –          Dieflanger. They worked forming the flange pressing the ends of the bodies by means of a pair of die. See figure # 4

Figure nº 4: Detail of the profile of an flange tooling by dieflanger

They are fed with the help of a distribution star. There are those that work in a horizontal position, older, – see figure # 5 – or vertical. It has long been the most common technique, although its use is now in decline. It is generally used for cylindrical cans, although it is also possible to use it for bodies of oblong or rectangular shape with large radius at the corners. 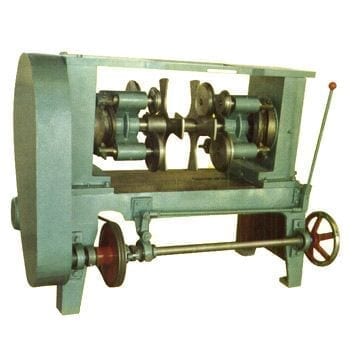 –          Spin It is the most modern way. Its use was generalized with the advent of reduced double tinplate. It allows to make the flange in very thin tinplate and high temper, without breakages occur in them. In them the dieflanger are replaced by heads that have a series of small rollers, inscribed in a circumference that matches the diameter of the can. The number of them is therefore a function of the measure of the cans. These rollers or “spin” have a silhouette with the shape of the flange. See figure # 6.

The “spin” are mounted on an axis on bearings, and therefore rotate on themselves when the head is subjected to a rotation movement. These turns of the “spin” can be motorized or caused by friction against the end of the body of the can. Because of its way of working, this technique can only be used in round cans and allows high speeds.

– Squeezer. It accepts tabs of any form of packaging. Act by expansion. It is usually used in rectangular containers, or differently round. Actually this technique can be considered a differentiated subgroup, which in turn is subdivided into two different ways of working:

–          By folding – or also called by pure “squeezer”. The flange is formed when the edge of the body is folded over outer jaws that embrace it, pushed by expanding blades that open. See figure # 7. 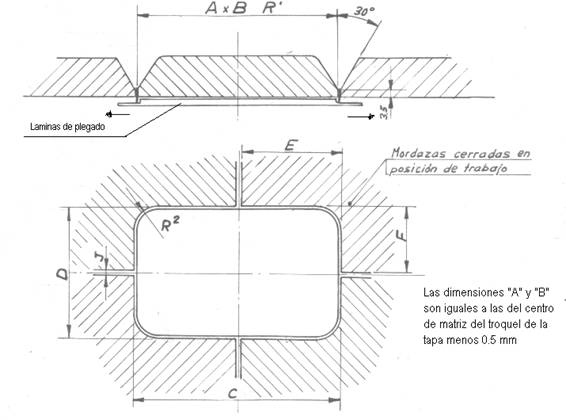 –              By means of a mixed tooling, which combines the technique of folding – expansion – by sheets on the four straight sides of the cas and of dieflanger in the four corners. This makes the flange not even in your profile. In the straight parts of the same, the radius is small and the flange tends towards the horizontal, while in the corners the radius is greater and the flange is smaller and with a certain inclination. This represents rather a problem of appearance than of quality. If the flange is well dimensioned, these shape variations along the perimeter do not transcend the seam. Of the two systems this is the best.

In both cases you can work with the cans horizontally or vertically. See figure # 8 as an example of a horizontal mixed flanger machine. The speeds with these forms of flanging are always lower than those obtained by buffer or “spin”, but it is the best technique to achieve a quality tab in rectangular cans. 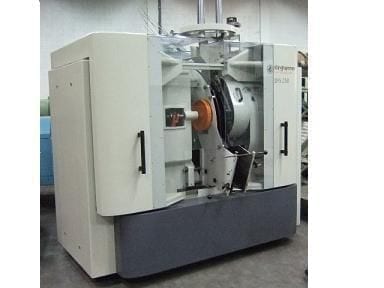