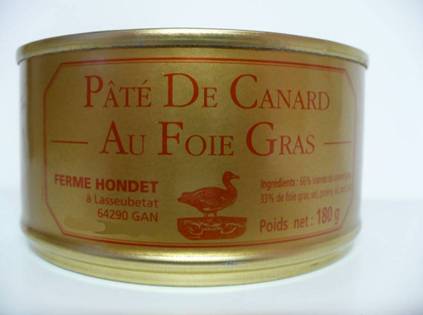 Advantages that its use represents. Design and way to make them.

Until now, in deep-drawn containers, especially low-lying ones, it was normal to present a smooth area at the junction of the body with the bottom. This is so because the way it is obtained, both in one operation and in two or more, the vertical wall must be straight. Drawing No. 1 presents the typical vertical view of a small-capacity stuffed container.

Little by little, a variant of these containers appeared that appeared in the market a rounded jonquil in the final part of the body, contiguous to the bottom. Its use has been generalized to be very frequent at the present time. This is due to the multiple advantages of adding this jonquil to the design of the container.

For the realization of the same, it is necessary to add to the classic sausage line a new machine. It is a bit special cord, because it only makes a cord at one end of the container and also usually works with boats of very low height.

But what is the role of this jonquil and what are its advantages? There are several and can be summarized in the following:

–          A stuffed container, as it does not have a closure in its lower part, does not present any protrusion that dimensionally balances the upper closure of the lid with the body. Therefore when this container has to roll, in falls by gravity for example, its rolling is not level, since one end has a larger diameter than the other; this leads to jams and stops in the transport systems where the containers rotate and move on a slope. The lower jib level the container, since it performs the same mission as the lower closure.

–          When these containers move, supported on their bottom, on conveyors of band or wide mesh – mass transportation -, they tend to rub strongly, with each other by the edges of their eyelashes, so that the cutting edge of each flange can scratch the varnish, lithography or outer covering of the radius of the flange of the adjacent container. This causes a bad appearance to the container and even oxidation problems. There may even be the problem of “lifting” containers on the conveyor belt if the effort exerted by it is strong. These effects occur because the diameter of the base of the container is much lower than the upper one, the contact is made before above and below, destabilizing the movement of the same on the conveyor belt. These problems are greatly diluted with the use of the lower bead, which allows a contact between containers almost simultaneously at two points – up and down – of its height.

–          When stacking sausage containers, as its bottom lacks the edge generated by the double closing, the bottom of the upper container tends to lodge in the bucket of the lower container lid, sometimes causing them to fit into each other. When the lid of these containers is of the “easy opening” type, the bottom of the upper container can rest its weight on the ring of the lower lid. When the weight of the pile is large, the containers located in the lower levels can suffer the breaking of the incision of the lid by the thrust of the nose of the ring due to the weight supported. The presence of the jonquil allows it to be the same one that transmits the weight of the stack to the closure of the lower container, when said jonquil rests on the top of the closure, without there being any contact between the bottom and adjacent cover.

–          If the containers are labeled with paper labels, the existence of the jonquil facilitates the positioning, centering and immobility of the same on the container.

–          The jonquil also gives the container a more harmonious and aesthetically pleasing design.

All these advantages make it reasonable to incorporate a cord at the end of the body. The packaging improves performance and quality justifying a greater investment in the installation.

Let’s see what is the ideal design of this jonquil. For that, we are going to start with a specific case. Figure 2 shows the general measurements of a stuffed container, as it would be finished without a bead, with a nominal diameter of 65 mm (211) and a nominal capacity of 100 cc. The same has been obtained with only the operations of cutting, drawing and trimming the remaining material. 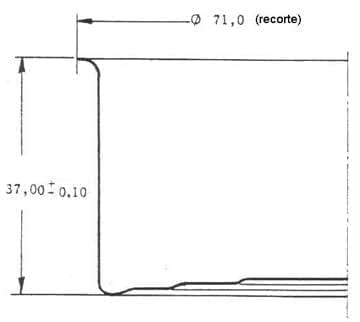 This same container is presented in figure 3, with the jonquil incorporated. As you can see, there is a small loss of height, although the decrease in capacity is negligible because the cord also provides some volume.

Said jonquil is composed of three curves, unit by two straight parts, see figure no. 4. Its outer diameter is practically equal to that of the closure of the lid, and its distance to the bottom is less than the depth of a normal lid. In our case 3.8 – 1.7 = 2.1 mm. 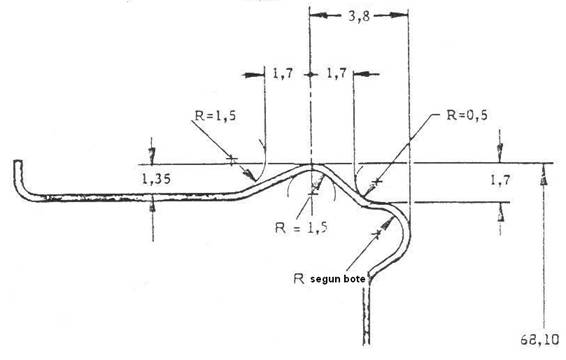 Figure nº 4: Shape and measures of the jonquil.

When making the jonquil, the outer diameter of the bottom edge is slightly reduced, in the example we are looking at it would be double: (1.7 – 1.35 = 0.35), that is 0.70 mm, which allows to introduce this end of the container in the bottom bucket and get a good stackability between them.

As already indicated above, the way to add a jonquil to a stuffed container, is by means of a cordon attached to the manufacturing line behind the cutting press. Depending on the dimensions of the container, especially its height, this machine must be a special version that supports these measures. There are cases that use a machine designed specifically for this operation.

The tooling consists of a fixed outer circular segment, which has a groove with the recess of the profile of the bead, and a series of rollers, whose number depends on the number of working arms of the machine, with the male silhouette of said bead . See figure no. 5. The cordage roller must present the nose protrusion in the shape of a nose, that is to say in protrusion, to free the gradients from the bottom of the container. 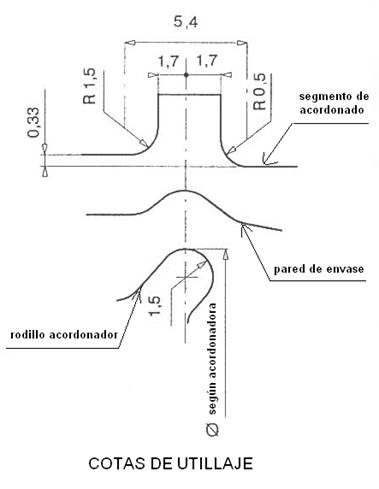 The tooling measurements presented here are appropriate for the example we are following. Logically they are a function of the jonquil design that we have wanted to implement.

COMPARISON BETWEEN CONTAINERS 2 AND 3 PIECES