EVALUATION OF EXPULSION OF THE PLUG IN PAINT CONTAINERS 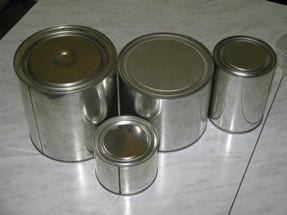 In this article, we will try to describe an inexpensive way to verify the internal pressure, which supports the cap of a container intended to contain paint, before being expelled.

The present work is applicable to the different types of closure used for paint containers, such as:

The current method used at the laboratory level, as well as the procedures used in manufacturing, for the determination of the resistance to the expulsion of the stopper, in the different types of closures, used in containers to contain paints, require the use of finished cans and considerable time of Preparation of samples to perform the tests. During these tests the tested package is destroyed, as the bottom of it is deformed convexly, the plug is distorted and the body of the container is necessary to perforate it to allow the entry of compressed air.

In an effort to improve the test usually used and already mentioned, the present work describes an apparatus, which eliminates the need to test finished containers, as it only requires plugs and loose rings, as items to check.

In this way only the plug is deformed and must be discarded, instead of the complete package. The ring can be recovered in most cases, especially if the test is performed in manufacturing plants. Therefore the saving is evident.

The team consists basically of:

–          A base plate, with a welded cylindrical body. It is equipped with: a) a pressurized air inlet pipe, with its passage valve and a quick outlet and b) a second air purge pipe, equipped with a maximum pressure gauge and a purge valve. The upper part of the body is threaded externally, in order to receive a set ring.

–          Set ring, which is attached to the body of the appliance by means of a gas thread and a rubber gasket to guarantee its tightness. The upper part of this ring also has a male rock and a seat for the wing of the ring to be tested.

–          Removable fixing ring. Thread on the settlement ring, and press against it firmly to the ring to be tested by its wing.

Figure 1 shows a section of the top of the equipment

The test is done as follows:

–          The tin ring is positioned on the settlement ring and locked by means of the fixing ring, using the special key. This assembly simulates the existence of a container.

–          Insert the cap of the container on the ring, as if it were a normal boat. For this, a special piece can be used, which, positioned on the stopper, allows to make the closure effort on it, simulating the closing operation performed by the container filler.

–          Compressed air is applied, gradually opening the stopcock, until the plug is ejected. The maximum pressure gauge gives us the value of the ejection pressure. 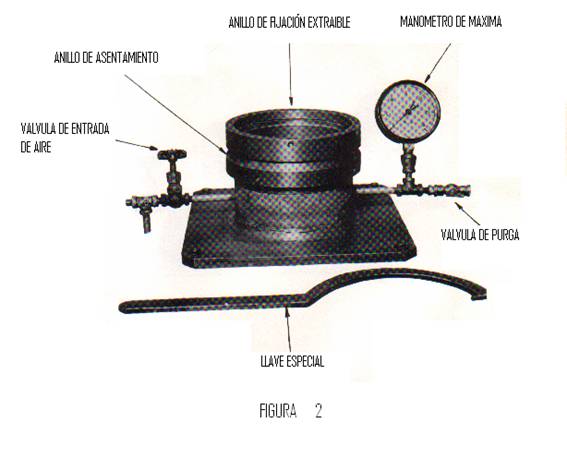 It has been experimentally verified that there are small differences between the values ​​determined with real containers and those found with this equipment. Which the logical, because the ring can change its behavior slightly, by the way of being fixed. However, they are not very significant and can be corrected. It would suffice to do with samples of the same run, a series of tests with real boats and another using the equipment and by comparison determine the error coefficient. Then, the successive tests carried out with the equipment would be corrected with this coefficient.

By making a couple of set rings and fixing rings for each diameter of containers to be manufactured, it is possible to use the same equipment for the entire range of boat formats used. 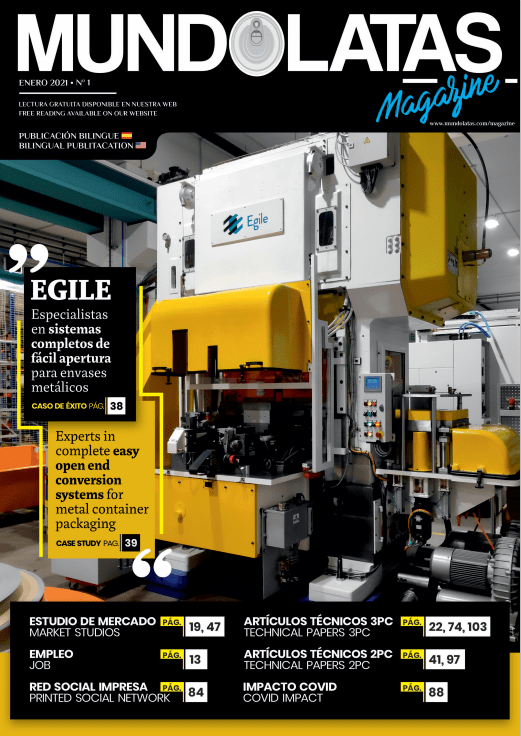