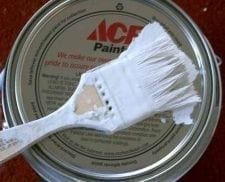 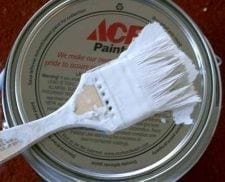 The paint and varnish industry consumes significant quantities of metal containers. These containers have the particularity of being hermetic, but with an easy access to be used as containers, at the moment of the application of their content. This results in different solutions. In this work we review those that are based on a friction closure. It details the closures to simple, double and triple friction, its basic criteria, characteristics and peculiarities.

For the transport, handling and use of varnishes, paints, lacquers and other industrial products, metal containers have been used for a long time. These present a series of special characteristics that differentiate them from those used in food. The main one is that they are not subjected to a sterilization and heat supply treatment. For this reason it is usually sufficient that the funds are flat and the bodies smooth. But on the contrary the covers present a very special design.

All this has as purpose to gather a series of conditions that cover the following requirements:

–          Make bucket function at the time of use. Therefore it should be possible to wet the brush or roller in them, hence they must be equipped with a mouth as large as possible.

–          Keep the excess product well stored, that is to be able to seal this mouth tightly with a plug once partially used.

All the above is achieved by replacing the upper lid with two elements in the container:

This fitting pressure is achieved by making the diameter of the plug slightly larger than that of the hole in the ring. In this way a friction or friction force is generated between the side walls of the ring and stopper, thereby ensuring that the assembly remains reasonably firm.

Over time, different ways have been developed to make this fit between the ring and stopper, giving rise to various types of closures for packaging of paints and the like. We will describe below the most important within them, their way of acting, materials and relationships of measures. There are other types of closures, such as those used in pails, buckets, etc. but that we will not deal with in this work.

It is the most usual closure in this market. Its design is quite classic and its use began more than a century ago. As shown in Figure 1, the plug adapts to the ring along a single vertical wall, the closure being produced by the force generated in the elastic and reciprocal deformation of both elements.

It is a closure that combines the advantages of simplicity and economy in tinplate, both in its thickness and in its hardness. On the contrary, it presents a series of drawbacks that make it obsolete today. The main ones are:

–          Steel seen at the edge of the hoop skirt, which causes when it is used in water-based paints, very common nowadays, that a light oxide film forms in the upper part of the content, originated by the reaction of iron with water

–          Cutting hairs on the brushes, when they are impregnated with paint since the edge of the ring is usually quite alive. These hairs are deposited in the paint, contaminating it.

–          Its only sealing surface does not show a firm firmness to the tightness and therefore it is not very reliable.

–          The rings are not stackable and therefore give rise to certain difficulties for their feeding in an automatic seamer.

–          The plugs are also not stackable and complicate the automatic closing process at the filler house.

Even in spite of these limitations, its operation is good enough to remain in the market, with a significant share of it.

Depending on the diameter of the container. They are therefore quite normal.

All these references of measures, and those that we will be indicating for other types of closures, are always indicated for diameters of containers up to 110 mm. In higher its value increases.

For the correct design of the tooling, we must know that the measurements of the parts of it, which form the closure wall do not exactly match the final measurements of the ring and plug, which is very important, as it can lead to a closure defective back It is therefore necessary to take into account the elastic recovery – deformation – of the tinplate in the finished components, to compensate the same with the medals of the parts of the tooling.

In the following table, the formulas that approximately define the measures of the diameter of the mouth of the container, in the dies of the ring and stopper, to obtain an A value on the ring once finished, are collected for three groups of different diameters of containers. The container. These formulas have been determined by practice and for normal conditions of use, and using a tinplate and rim and cap stockings analogous to those indicated above.

In central Europe, especially in France, to solve the problems presented by simple friction closure, a more elaborate version of it was developed. Figure 2 shows its characteristics.

It remains a simple friction closure, because it only presents a closing surface, but has the following advantages over the classic closure:

–          The cutting edge of the mouth of the ring is positioned externally to the closure and therefore away from the contact of the paint, there is therefore no danger of oxidation.

–          This edge will also not generate haircut in the brushes, being curved inwards and therefore protected.

–          The shapes of the ring and stopper allow better control of its configuration, obtaining a greater precision in its measurements. The “V” design of the ring wall allows a certain elasticity, which generates a greater pressure on the wall of the plug. The reinforcements in the wall of the cap give it greater rigidity. All this generates a more uniform and secure closure.

–          The hoops are better handled in the feeder of the seamer since without being totally stackable, if they are more than in the first case.

–          In the plugs, the step at its base and the lateral bead at its upper part, allow an acceptable stackability. In the stack of plugs, the upper plug penetrates into the lower one the zone of its recess, and rests on the bead of the lower one.

All this makes this solution significantly better than the first version of a simple friction closure.

On the contrary, its manufacture requires to be carried out in several operations, specifically three for the ring and two for the plug, which makes the installation and the tooling more expensive.

There is another variant of this closure, in which using the same type of rings, the plugs have another form, “U” type cap, see figure No. 3.

It has the advantage that this type of plugs are fully stackable, so that the filling operation of the container in the filler house is greatly facilitated, since the cadence of the operation can be greatly increased. See figure nº 4.

The same as in the classic friction simple closure, in this we must take into account the recovery of the metal sheet. Therefore, it is also necessary to rectify the measurements of the tooling in relation to the finished elements. Following a criterion analogous to the first case, in the following table we reflect the values ​​of these adjustments for different diameters.

In this case, the formulas are also experimental and for values ​​of material and parts similar to that indicated. Therefore, these data should be taken only for indicative purposes, always requiring a practical verification in each specific case.

Another significant advance in the improvement of friction closure was the introduction of double closure. This really was after the triple closure, which we will see next, and in reality it is a simplification of the latter. It emerged as a way to bypass the patents that covered the triple closure, and its practical results are very close to it.

In this development, the main contribution is to duplicate the closing surfaces, with which a double sealing barrier is achieved. In figure 5 a closure of this type is drawn and the areas that rub together are indicated.

The improvements that it presents are the following:

–          As we have already said, hermeticity is more complete, due to the action of the double friction closing wall.

–          Good stackability of rings, although the change of the feeder of the seamer is required to make it effective, due to the high height of the same.

On the contrary it has certain disadvantages, such as:

–          Cutting edge in the mouth of the ring inside, and therefore with risk of oxidation.

Therefore they are tinplate a little more expensive than the previous cases.

The following table gives the empirical formulas to be used for the calculation of the diameters A and B of the pieces and tooling. They serve the same considerations made previously but now extensive to two diameters instead of one.

Both the ring and the plug need to be manufactured in two operations.

This improvement, as we have said before the double friction, was put on the market in North America in the middle of last century. An outline of the same is indicated in figure No. 6.

It has the following improvements:

–          A third zone of closure between the top of the loop of the ring and the inner channel of the plug.

The tinplate can be the same used for the double closing, as well as the criteria of dimensioning of the mouth of the container and height of plug.

The formulas are very similar to the case of double closing, and are reflected in the following table:

The ring requires three operations for its formation and two the plug. The design of each of them will be the reason for another work.

These four presented solutions allow each manufacturer to choose the option that best suits their commercial proposals. Obviously, the increase in the quality of the closure is linked to a greater investment in tooling and an increase in its direct cost.

PROFILES OF CAPS / ENDS FOR ROUND CANS