THE “TWIST COVER”: A LITTLE HISTORY 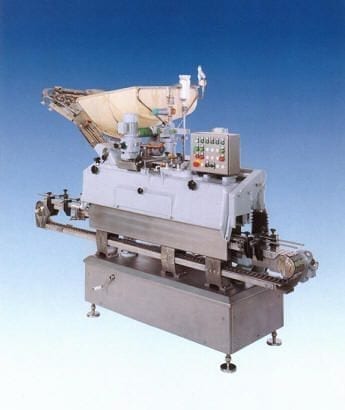 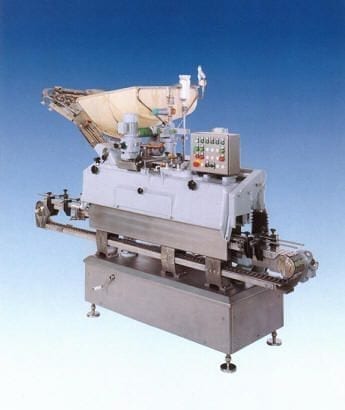 Nicolás Appert, in Paris and at the end of the 18th century, discovered how to preserve food. In 1795 he started up his first canning workshop. Check that if they are heated, for a certain time foods at 100 ° C, in hermetically sealed containers, these can be kept in good condition indefinitely. Previously the food had been cooked in open casseroles, and then it was introduced into glass jars, which were then sealed with corks secured with wire. To do this, it uses glass bottles with wide mouths that are tightly closed. Over time the procedure was improved, but the foundation was set.

Thus, the preservation was linked to the industry of glass and plugs. This union will never disappear, knowing its maximum splendor from the second half of the twentieth century, when the way to close the wide-mouthed glass bottle was perfected, by means of the “white cap” – “White cap” – also known in the market as a “Twist-off” type lid .

A major market for tinplate since the beginning of the last century, was the manufacture of the crown cap (the typical “plates” for glass bottles). Almost at the end of the 19th century – in 1892 – William Painter patents it as a closure for bottles, and founds Crown Cork & Seal Company in Baltimore, a society that would be called to be world leader in the sector at the end of the next century. The crown cap is a first solution for packaging, combining glass with tinplate.

In the year 1926, in Chicago (Illinois), under the name of White Cap Co. a new company., Deepening in the concept of metal covers for glass containers, devised a new generation of covers for wide-mouth bottles. The “White Cap” cap refers to the surname of its inventors, the brothers George, William and Philip White, not the color of the cap. Mainly they devised the system to trap steam in the head space of a bottle when closing it in a machine and thus generate vacuum that would allow subsequent heat treatment. In invention it was registered under the “White Cap” brand.

The spacious mouth of the jar facilitated its use for pasty and solid products, such as jams and vegetable preserves. This is how new models of tinplate covers appeared on the market, covering a very wide range of diameters. They were equipped with 3 to 8 nails, which allowed them to be fixed on the threads of a special mouth with which the glass jars were fitted. It was the “twist off” type caps that soon became popular in the United States.

Twenty years earlier, in 1904, Edwin Norton, who had been one of the founders of the American Can Co. company, left it and created Continental Can Co. Also in Chicago. Later they were joined by a series of companies in the field. In a short time it became the most important company in the sector, following a policy of strong expansion, supported by quality and new developments that was accentuated after the Second World War.

As a result of this policy, in 1957 Continental acquired White Cap. Relying on the network of partners and licensees that Continental had worldwide, a rapid development begins on different continents, especially in Europe. Thus the “twist-off” caps began to be manufactured in the UK by Metal Box, in Germany – Schmalbach Lubeca-, in Italy – Super Box-, Tomassen & Drijver in Holland … and in Spain.

In 1960, three large companies, Continental Can (USA), Carnaud (France) and Metal Box (UK) took part in a very active metal industry that was born shortly before in Andalucía (Linares 1952), named Olmesa – OleoMetalgrafica del Sur SA -. This entity had been created by the agrarian entrepreneurs Francisco Lubian and Alonso Torres, accepting the economic aid of the Plan Jaén, promoted by the government of the Nation, to improve the social conditions of this province. Originally, his approach was to produce olives preserves, for which they decided to manufacture their own containers, but later they began to sell the cans they produced with their excess capacity, and seeing that there was more demand in the packaging market than in the canning market. olives, transformed the facilities to devote exclusively to the metal industry. This company started a rapid expansion in different parts of Spain, in Valencia it set up a new company Cidesa (Cuart de Poblet 1961) – in La Rioja it bought Logroñesa Metalgrafica (1920) in 1963 and Sevilla acquired Unimasa (Dos Hermanas 1665) in 1968. Touch all segments of the market under the name Cía. International Packaging.

It was at the Linares plant that the “twist-off” lid began to be manufactured for the first time in Spain in 1961. It materialized the first license and technological support provided by Continental Can to this company. In this year, technicians of the company moved to Chicago for a certain time to receive the appropriate training.

A key promoter of this project was the engineer Tomas Somohano who had come from Mexico from a Continental plant and who held the position of Technical Director of Olmesa-Cidesa. From the first moment, a young technician – Francisco Ascasibar – also participated in this plan, which over time would become the main driver of the business of this type of tapas in Spain and later in Europe always with this company. most of his life to the development and improvement of this product.

The first line that began operating in Linares, was formed with specific equipment designed and manufactured by Continental for this purpose. It worked at an approximate speed of 400 caps / minute. It comprised the following machines:

–          Cameron scroll with a built-in paraffin, for the preparation of strips of material from tin packages. It was the first shear with a zigzag cut that was implanted in Spain.

–          Rizadora Continental Can. F3AM double horizontal head. The curl at the edge of the skirt began.

–          Two Nail Formers and Continental Compound Applicators Can F1AM. Each one of them received the covers from the corresponding head of the F3AM machine and performed the following operations on them:

–          Metal Box oven for drying and polymerization of the compound.

The installation was completed with a very complete means for quality control.

In 1963, shortly after the inauguration of the new factory in Valencia – Cidesa – the production facility for these covers went to it. The market responded satisfactorily and new lines were incorporated to increase the productive capacity and the range of diameters offered.

As the diversity of tapas was great, from the beginning the formats manufactured in Spain with other diameters imported from England from Metal Box were complemented. Over time all the demand was met with national manufacturing.

The purchase of Unimasa in Dos Hermanas (Seville), made it possible to bring industrial facilities closer to the point that at that time represented the largest market – canned olives -, so a new re-implantation of equipment was carried out in this plant, in the year 1968. Since then, without changing its geographical position, said factory specialized in this type of manufactured, considerably increasing its facilities and always having them conditioned to the most advanced technology of the moment. Although its location did not change, if it did the name under which these facilities were. So in 1970 Carnaud took over the company. Later, in 1983 the merger of Carnaud and Metal Box took place and finally in 1996 the purchase of the same by Crown Cork.

During the first years “White Cap” is alone in the Spanish market, but the good performance of the business soon attracts the competition.

In Catalonia, at the end of the “sixties”, Vem de Tapas Metálicas developed as the first rival in the manufacture of “twist-off” type capsules, as well as the appropriate equipment for its closure on glass jars. It is a company of new creation, although as a branch of another much older one – Vitri Electro-Metallurgical-, dedicated to the manufacture of caps for light bulbs. Vem has an international vocation and starts activities abroad that will take him to China.

During the “seventies” and “eighties”, the market continues to grow and from Seville “White Cap” exports an important part of its production to France, North Africa and Portugal, still with moderate competition within the national territory.

Little by little, technology is becoming known in the market, and licenses and patents are also expiring due to changes in the ownership of parent companies and the passage of time. Manufacturers of machinery appear, work that was previously only available to the producers of tapas. Therefore, since the end of the eighties, the competition has fewer barriers to put similar products on the market.

In this way, in addition to Vem de Tapas Metalicas, others are added such as Metalcaps, Bemasa, Mivisa, Tecnocap … of national manufacture and Schmalbach (Continental Europe) as important importer.

Today in Spain the sector is the characteristic of a mature product, where small and medium manufacturers move.

The purchase of Continental Can in 1984 by Peter Klewit, was going to suppose a revulsion of this industry on an international scale, since what he bought as an “all”, he was selling “chopped” by business types. These businesses, in turn, began their own journey and generated mergers, acquisitions and other financial operations that involved a new rethinking of the sector towards the end of the 20th century and the beginning of the current one. This is the case of “White Cap”.

It would be complex to detail all the business movements, but as a final comment, we could say that at the global level there are several large Western societies, all of them in some way linked to the origins of “White Cap”, which is divided the main portion of the World Market. Let’s quote:

– Crwon Cork. In Europe it has the facilities provided with the purchase of Carnaude-MetalBox, former licensees of White Cap, which now move with their own technology. Crown has a total of 12 plants dedicated to the “twists-off” cover located in Europe, America and Asia.

– Silgan White Cap. Heiress of the American part of the old “White Cap” and of the German part through Continental Europe. It has 16 factories spread all over the world. Its production exceeds twenty billion tapas. Recently he has bought the Spanish VEM. Paradoxes of life, the competitor of White Cap in Spain now joins the heiress of this society, and on the other hand its first licensee in Spain is now its competitor – Crown-.

– In the Far East, Crina and India are increasingly present as producers of this type of tapas and let their weight be felt in the international market.

This site uses Akismet to reduce spam. Learn how your comment data is processed.