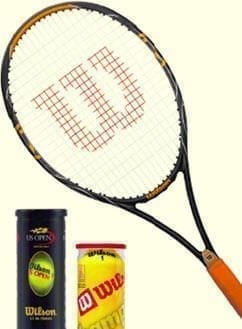 It is about improvements in the forms of safety lanyards developed for dry food cans and also in boats to contain tennis balls. Their corresponding tools have been defined to be mounted on different machines such as the Metal Box MB or the modified Klinghammer 430 seamer.

The use of a security cord close to the upper end of the package is usually associated with the use of an “easy opening” type lid. The use of this lid may require a safety cord, to provide greater resistance to the abuse of the can, reduce the risk of damage to the incision during handling, and especially to protect the fingers from the action of the residual cutting edge of the lid once the center panel has been removed.

The use of safety cords for cans containing nuts to “mask” the sharp edge has been used for a long time, using different types of cordoning machines. In general, the first generations of them were not very deep. The desire to increase the degree of protection has led to review the configuration of the tools of these machines, in order to increase the depth of the cords.

The cans for tennis balls with “easy opening” lid, require a safety cord to increase the resistance of the lid to abusive use and without opening restrictions, after opening them. The production of these cans is usually intermittent and not very long series. When dealing with very high cans it is not frequent that they can be admitted by a conventional cordon.

The profile usually used in a first generation of safety cords, left a severe edge of the “easy opening” lid protruding, and therefore poorly protected. (See Figure 1 type (a). 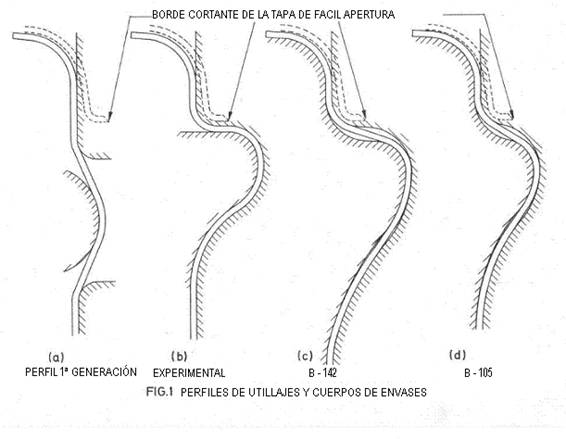 Experiments were made with new profiles on a can diameter of 65 mm, using an adapted manual seamer, using a mandrel with a diameter of 56.1 mm. The samples taken with an outer sheave of conformation, with their profile coinciding with that used in the first generation of cords already in use, were taken as reference samples. The tools for a first test (Figure 1 type b) met the requirements of safety – or protection -, but failed economically, since it was necessary to increase the thickness of the tinplate to compensate for the decrease in the value of the resistance to the axial load, significantly less than the 180 kilograms required. Two new profiles were tested to improve the results (Figure 1 types c and d), which we will designate as security lanyards type B – 142 and B – 105. The last one offered an acceptable compromise between the protection of the cutting edge of the lid once open and the resistance to the axial load, with a minimum loss of height of the can. This last one was important, because it supposed not to have to make changes in the height of cut of the body, and in the lithography of the same. The results compared on this group of profiles are shown in Table No. 1.

The profile used in the American market in the cans for tennis balls has been the one indicated in Figure 2 type (a). We wanted to make tests with this type of profile, using a Klinghammer 430 seamer with a minimum of alterations. In all cases it started with electrically welded bodies. 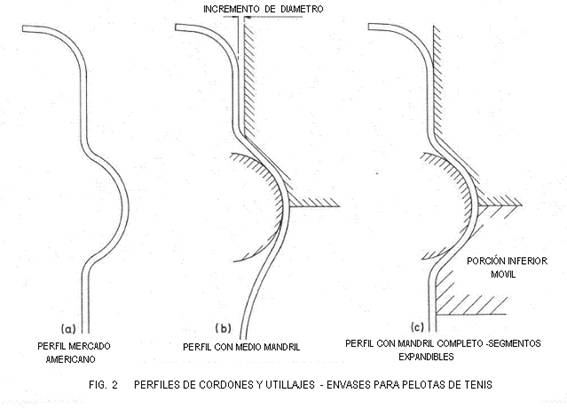 The simple solution of equipping the machine with only half mandrel (Figure 2b), could not configure the side seam zone, unless a large number of sheave approximations were made, resulting in a distortion in the lower part of the sheave. cord, and an increase in the diameter of the welded body in the area above the cord. The addition of expandable segments in the lower part of the mandrel (Figure 2 c), produced satisfactory results, with a low number of approaches of the sheave, appearing a few small notches in the body of the can, coinciding with the joints of the segments expandable (See figure # 3)

The measurements of the different tests are reflected in table No. 2.

Figure 4 shows the mandrel assembly and the sheave on the Klinghammer seamer.

The standard MB 560 machine, used to work with the usual form of safety cord, has a working track – external sector – with an extension of 140 °, with a very fast entry to the full depth of the cord, which provides an effective silhouette of the same one, giving 2.5 revolutions in the case of cans of diameter 99, that is maximum admitted by the machine. The greater depth of the new profile of the cord, designated as B – 105, requires that the approximation of the tool be gradual, for which a special version of machine MB 560 has been prepared, it has a working track with a bow of 189º, which allows a progressive approach of the tool in 2.3 revolutions of the can and 1.1 revolutions to the maximum depth to review the profile of the cord, always speaking of the diameter 99. See figure 5

The tracks consist of conventional rails, but with a set of spacers that include a pair of wedges to eliminate possible slack. The sheave and the tracks allow a range of heights between 62 to 158 mm. As the new profile of the cord reduces the height of the can between 0.8 to 1.2 mm, it was necessary to include an axial float – spring – in the sheave supporting the bottom of the body, to absorb this loss.

TREND IN THE TOOLING REQUIREMENTS

The new tools should be designed to achieve a greater pronouncement of the profile of the safety cord, and designed therefore to improve the safety of the can. This greater depth of the cord must be achieved progressively. The trend towards the use of thinner sheets and higher temper, make these types of tools essential.

The tools designed for the conventional Klinghammer 430 seamer and the modified MB 560 cordon conform to these tendencies of better can support and a moderate forming ratio, while seeking to maintain a simple design both during maintenance and during production.