Loss of airtightness and deformation of metallic sanitary containers in process. Part 2 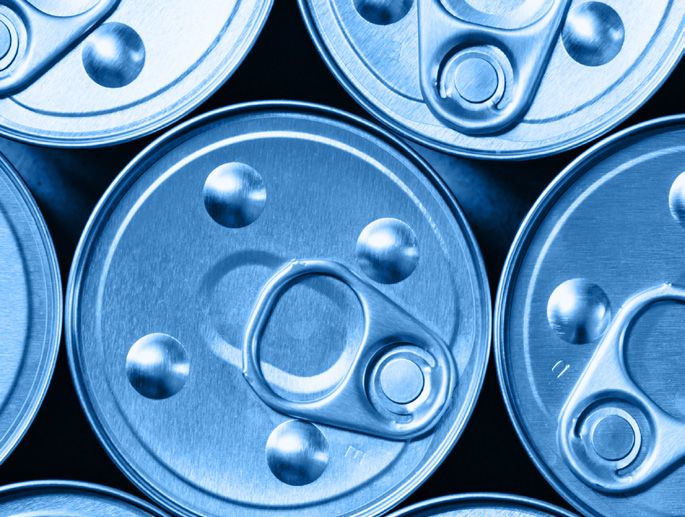 CONTENTS IN MUNDOLATAS MAGAZINE MAY:

Part 1 of the article

Loss of airtightness and deformation of metallic sanitary containers in process. PART 2

It is important to note that the commercial sterility applied to low acid canned foods (LACF) is calculated to eliminate the presence of sporulated mesophiles of public health risk such as Clostridium botulinum (D=0.21 at 121.1 °C/250 °F) which produces the deadly botulinum toxin, but does not rule out sporulated thermophiles such as Bacillus stearothermophilus (D=4 at 121.1 °C/250 °F). Thus, insufficient cooling of the canned food to maintain it at 50 °C (115 °F) for a period of time can activate sporulating thermophiles, including Bacillus coagulans, all of which are responsible for the flat sour that ferments and acidifies the food, not always forming gas. Thermophilic spoilage is not a public health problem but disables canning.

I usually recommend in thermal validation studies for institutional canning, especially with round 603 tuna (2 lb – 4 lb / RO1000 – RO2000), that in addition to setting the time and temperature to reach the expected lethality or Fo, also define the cooling time necessary for the can to reach 40 °C (104 °C) or less at the coldest point of the pellet (cold spot). The cans will come out with water remaining on the outside and to prevent further external oxidation they can be treated with an in-line hot air dryer.

At the end of the cooling cycle, the canned food leaves the autoclave with dilated seals and its handling is a bad practice due to a possible infiltration or microbiological contamination after the thermal process. For this reason, it is recommended that the cans at the exit of the autoclave be moved to a pre-established dry and well ventilated area with a sign stating “restricted area, do not touch cans”.

Contamination due to Defect in the Manufacture of the Package

Every canning plant should have procedures in its Quality Management System (QMS) for the evaluation of containers and lids at reception, as well as ensuring that its can supplier has satisfactorily completed the criteria defined by the company for the evaluation of external suppliers. It is very rare to find quality defects in the production of cans by the manufacturers, because in their lines they have leak detectors and electronic devices that discard cans and lids with deviations, such as double seals or side seams out of specifications in three-piece cans, imperceptible perforations (pinhole) in the tinplate that causes leakage in the can with the consequent microbiological contamination of the food, imperfections or scratches in the application of the external and internal varnish. In the case of the lids, a defective assembly of the easy open device, incomplete application of the sealing compound and other faults.

In order to optimize their processes, packaging manufacturers make programmed changes to the specifications of their tinplates, in thickness, temper and other variables. In these cases, it is important to evaluate results together with the canners by carrying out test productions. An interesting event that I was able to evaluate was the presence of cracking or cracking of the tinplate, which occurred in canned small pelagic fish in tomato sauce, mainly on the side of the lid (TFS) where the greatest stresses occur in sterilization, the microbiological reaction of the food with swelling of the can was evident after two or three months after production. It was concluded that the acidity of the tomato led to the perforation of the cap from the inside out and was termed stress corrosion cracking. It was also evidenced that this event did not occur in canned foods produced with aluminum containers, due to the known resistance of this material to corrosion.

This event occurs mainly in LACF or acid canned food stored in the pantry for a long time, where the can appears swollen with hydrogen gas due to the internal corrosion of the container. This deformation can occur prematurely, shortening the shelf life of the canned food, when the internal tinplate has been scratched by tin or sanitary varnish, leaving the sheet exposed to aggressive food, mainly with some acid component.

The product found in these cans is harmless, it does not represent any risk to pubic health, but its organoleptic qualities can be seriously affected, such as metallic flavors and odors due to corrosion, as well as changes in the natural colors of the food, and may even present black spots of ferrous sulfides in places where the plate is exposed.

In a canning plant with a well-implemented QMS, any insufficient heat treatment falls under a “process deviation” and is defined as any change in a critical condition of the scheduled heat process that reduces its sterilization value or raises concerns about the safety of public health or commercial sterility of the batch involved.

In the event of a process deviation in the middle of production, the plant must have internal procedures for its appropriate handling and thus avoid a critical nonconformity, since sterilization or pasteurization is a CCP in the HACCP of every canning plant. These procedures should consider restarting or alternate heat treatment process, reprocessing of the compromised batch, consultation with the process authority and ultimately destruction of the compromised batch. Any management or activity that is decided to be carried out as a corrective action must be perfectly documented and with the evidence of the case.

Normally, insufficiently heat-treated preserves will inevitably swell due to the large amount of gases produced by the surviving microorganisms. The worst case scenario is that the deviation goes unnoticed and the canned food finally reaches consumers causing damage to public health, this would cause a health alert with the total collection of the lot involved.

To avoid insufficient processing events in canned food, the bank of autoclaves or pasteurizers are subjected to thermal validation studies, such as temperature distribution inside the autoclaves and heat penetration inside the canned food to calculate the levels of commercial sterility. Additionally, in the diagnostic audits I perform, I recommend preparing a report on the standardization of plant and equipment involved in the thermal treatment according to FDA 21CFR that considers a thermodynamic balance of steam generation versus consumption to verify balance and an evaluation of the distribution of steam piping in the plant with cross-sectional areas (At) considering the line pressures at maximum production.

It must be made clear that the correct storage of metal containers in canning plants, in dry, ventilated environments and away from aggressive chemical substances, is vital to keep them in good condition before sending them to production. Special care must be taken in supply warehouses close to the sea because of the possibility of premature corrosion due to humidity and the salty environment.

This article on the loss of airtightness and deformation of metal sanitary containers in the process that leads to substantial economic losses, is part of the training that I provide to manufacturers of sanitary containers, to instruct their staff on the technology and processes for the production of canned food, where the container they manufacture will be used as primary packaging and know the rigors to which they will be subjected. They will be clear about the importance of producing packaging with guaranteed tightness within a food safety framework.

Influence of Water Quality on the Performance of Metal Containers

Prices of canned fish and seafood on the rise

quality control in the manufacture of metallic containers 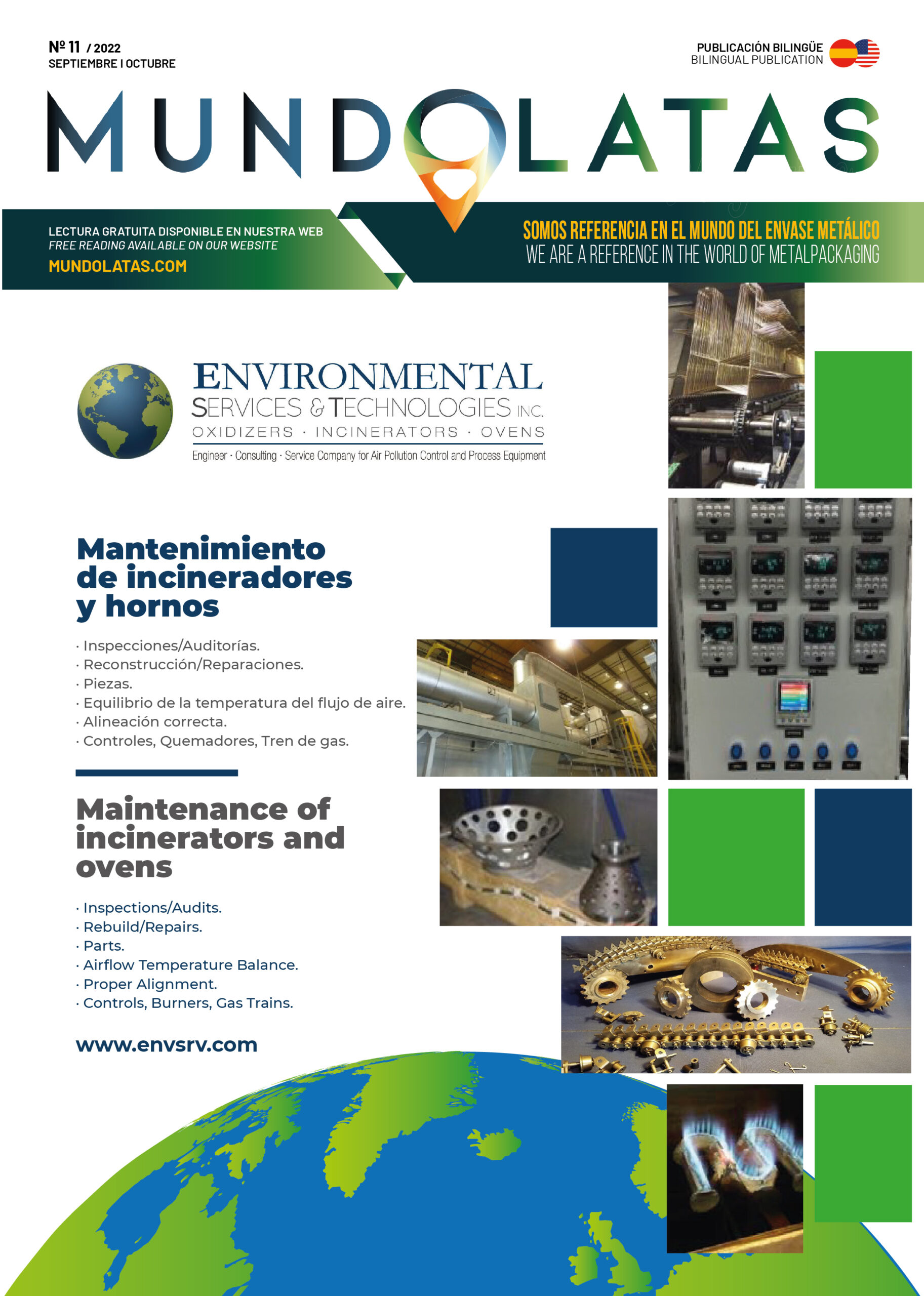