THE PEWTER A LITTLE KNOWN METAL 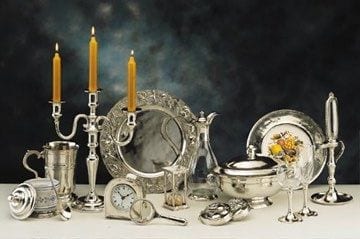 Relative of tinplate, the use of pewter is linked to an ancient craft tradition. Its properties lend themselves to being a good vehicle for art.

Often those beautiful chandeliers that we sometimes see in a shop window and that if we are not understood can look like silver are made of pewter.

Pewter is a tin alloy with small amounts of zinc , lead , and antimony , soft and white in color, quite similar to silver , poorly reactive and melts at 320 ° C, so its use for ornaments is very common. Durable and malleable, with time it acquires an interesting patina and can be forged in any way. Like tin, it has excellent resistance to corrosion, is soft and very ductile, for all this it is considered a semiprecious metal.

Its composition of 85 to 99% tin, and remains of 1-4% copper to give it hardness, if you add a small percentage of lead is colored bluish. As we have said its appearance is bright, polished and similar to silver, which like this metal tends to blacken by the effect of oxidation if it does not receive chemical treatment.

USES AND HISTORY OF PEWTER

Starting from it, many objects of an excellent appearance are made, such as crockery, decorative items, watches … all have in common a pleasant finish with the elegance of silver and the properties of stainless steel. The traditional pieces are obtained by pouring molten alloy into molds. Then the pewter is worked by hand embossing its surface. A chemical treatment is usually applied to give it an aged appearance. 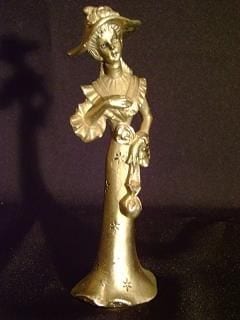 Figure of a lady in pewter

Its knowledge is very old, it goes back to the third century BC. Pewter was used by the Romans in the construction of pipes, during the Middle Ages for the manufacture of ornaments and was used in the poorest churches as a substitute for silver . The European craftsmen used it to translate their works in the Middle Ages.   In this time the pewter grew in popularity, replacing the wooden tableware in the well-to-do houses, same happened in the United States during the eighteenth and nineteenth centuries in houses of middle and upper class. 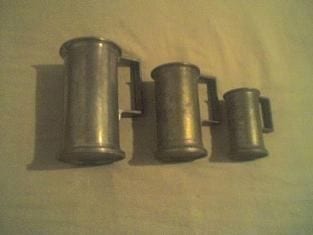 Another typical use in past centuries was to make toys. Due to the toxicity of lead, its components evolved to the current formulation.

This material is widely used in countries producing tin with cheap labor such as Indonesia and Latin America, the artisans who work it are called pewters.

Today the pewter is still a product that has a future assured in goldsmithing.

properties OF THE METAL CONTAINER

THE METAL PACKAGING INDUSTRY IN SPAIN