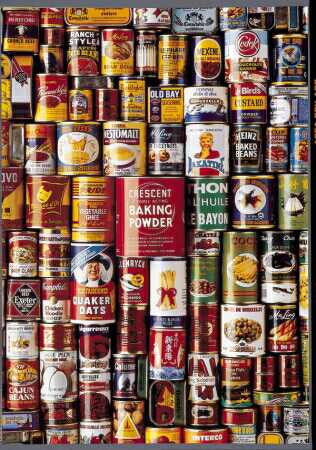 The containers are decorated by means of their lithography. The lithography of a container is actually the application of a series of protective coatings that also serve the purpose of decorating the same simultaneously providing the necessary legal data.

It can be defined as the technique of reproducing designs using offset printing. The term “offest.” Involves the transfer of a film of fresh ink printed on one surface (plate) to another (sheet) by contact. It is therefore the printing on metal of a design (text, drawing, slide) reproduced by photographic and chemical processes.

Offset printing is a reproduction method that is based on the fact that the oil-ink – and the water does not mix. It consists of applying an oily ink on a metal plate, usually composed of a metal alloy. For the plate to be impregnated with ink only in those parts with image, it is subjected to a photochemical treatment, in such a way that the treated parts repel water. Thus, the plate is first passed through a mojador, impregnated with water and then by an inkwell. Since the ink is a fatty compound, it is repelled by water, and is deposited exclusively on the treated parts, that is, with image. Finally, the already inked images are transferred to a rubber that lines another cylinder, this rubber coming into contact with the tinplate, aided by a back pressure cylinder.

These plates are mounted on cylinders, one plate corresponding to each color. Since four basic colors are enough to obtain all the shades (black, magenta, cyan and yellow), four plates are enough to compose any illustration. This technique is called process color.

The word lithograph literally means “to write in stone” (from the Greek “lithos = stone,” graphos = writing). This printing medium was discovered by the German Alois Senefelder in 1796. Senefelder discovered almost by accident that if it was drawn with a grease pencil on a limestone plate (porous but well polished), the plate was moistened and inked with an ink fat, the ink stayed only where there was drawing (because the fat attracted the fat and the water repelled it). Pressing a piece of paper with that plate reproduced the drawing with great quality and, what was better, this process of inking-printing could be reproduced numerous times before the definition was lost.

During the first stages of lithography, the images were prepared by drawing by hand on the stone. These initial “plates” were prepared from limestone and cut to a thickness of 75 to 100 mm. Its surface was given a very fine finish with a mixture of sand and water, polishing them with emery. Later on – towards the end of the 19th century – these plates were made with metallic materials, the first of which was zinc. They were covered with colloidal substances sensitive to light. A strong light was passed through negatives – or positives, as required – that impinged on the treated plate. The part affected by the light hardened. By submitting the iron to a “wash” with chemical products, the unaffected colloids were eliminated, reproducing the desired image in the hardened part. These areas would be the ink receiving areas. Later on, other types of plates were developed starting from different materials such as: copper, aluminum, stainless steel … or several of them at the same time, for example: stainless steel sheet with copper coating, giving rise to the “bimetallic” plate or “trimetalicas”.

A lithographic design is formed by a series of varnishes and inks that are applied successively on the metal to be lithographed. These are applied in a sequential order that is determined by the end of each of them, their class and the conditions of baking them. All applications must undergo a curing and drying process. In the case of paper, being an absorbent product, any ink is impregnated in the material, but when it comes to a metal – tinplate – this does not happen. Therefore, it is necessary to resort to drying and curing by means of internal chemical reactions that imply oxidation and / or polymerization of the product. This is achieved by passing the sheets through an oven after application.

The normal sequence of a lithographic print is:

Each time a varnish or an ink is applied to the leaves, it is known as “pass” or “step”. Sometimes you need to repeat the pass to ensure a good quality in the final result, for example if you want to apply a white color based on ink. Passes through the lithographic press – rotary – depend on the number of colors required by the design and the type of machines. There are those who are only able to apply one color – with a single body -, two – bicolor – or more.

We do not consider here the different previous steps of preparing the lithography work, such as: design, photomechanics, color tests, plate preparation …

The covering by means of an armhole is optional, that is to say it is not used with all the systems but in some of them. It is applied mainly when the lithography is destined to a container that will be obtained by means of a deep drawing or when the system is going to be subject to a high temperature process.

The armhole functions as an elastic coupling – coupling between the metal surface and the next coating to be applied. Therefore improve the qualities of adhesion and flexibility of the system, allowing to withstand higher mechanical requirements (stretching, bending, folding …) and thermal without occuring detachments.

They are applied by roller on coater and are formulated with resins that can be of different types (vinyl, epoxy, etc.).

It is used to give the colored background to the lithographic design. It can be a solid color, applied by roller in varnish. If it is of complex design, it may be given in a press. It is often preferred to maintain the metallic color and the brightness of the tin, in this case the application of this base color is not required, thus eliminating a pass.

As its name indicates, it is the first color of the system and serves as the basis for the rest of the colors. In addition to its function as a color it also performs a task of protecting the tinplate from scratches and abrasions. It is applied with high loads – weights and its color is almost always white. Hence, it is usually designated under the name “white couché”. Its formulation is based on vinyl, acrylic or polyester resins pigmented with titanium oxides that give it the white tonality.

The lithographic inks are presented in paste form and require a spatula for initial handling and are quite “sticky”. They are a dispersion of coloring pigments in a medium such as varnish, to which are added driers and diluents. These pigments are conditioned to be insoluble to water or oil, all of them have a high coloring power.

The inks have limited compatibility with water. They are able to take a reduced amount of water (less than 15%) and remain stable during the run. The small amount of water helps the ink flow well during printing. An excessive amount of water gives the ink a “washed” appearance. Very little water does not fix the ink to the iron in the receiving areas, contaminating the areas that should not be stained.

The degree of stickiness of the ink influences its adherence to the surface to be printed. Its value determines the volume of ink transferred. When a series of inks are applied, the lightest colors are the first to be printed (they are the ones that are sold with the highest degree of stickiness). Followed by the darkest. Thus a normal sequence is: yellow, blue, red and black. If a two-color press is used, it is important that the two fresh inks applied at the same time do not “run”, that is, they do not mix with each other, so they must be repelled.

There are two major families of inks: a) Conventional inks, which require an oven for drying. b) UV inks, which are formulated to dry with the light emitted by a battery of UV lamps.

Once the application of the different inks is finished, it is necessary to cover them with a suitable varnish. It is referred to as “finishing varnish”. These varnishes are applied with a roller on a varnishing machine.

There are two types of finishing varnishes:

When the lacquered tin passes through the furnace, the solvent evaporates and only the solid residue remains in the form of a hard, shiny protective film. It is possible to add a paraffin to the varnish in small quantities before it is applied. When it passes through the kiln, it emerges to the surface, thus remaining on top of the entire lithographic system, acting as a lubricant in the operations of punching or forming the container.

The resins used for the formulation of finishing varnishes should give a transparent appearance to it (they should not yellow) so as not to change the tonalities of the inks. It must also have a high degree of hardness and good elasticity. Both qualities are important so that it fulfills its function well. It consists of protecting the system, mainly the inks since they are generally soft and sensitive to scratching. A finishing varnish, once cured, needs one or two days of time to develop its properties to the maximum degree.

Besides protecting the system during the manufacture of the container, it also fulfills a protective mission during the process of filling and processing it in the canning factory. Therefore, depending on the case, it must be resistant to high temperatures, steam, alkaline waters, fruit or vegetable juices, chemical products, etc.