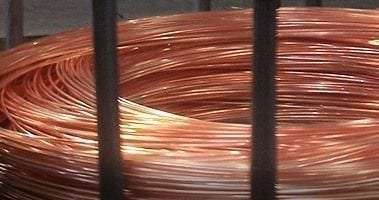 The copper used in the welding of containers must have special characteristics, both dimensional and physical and chemical. They are defined in this work, as well as how it is used.

With the introduction of electric welding, as the ideal means for welding the side seam in the bodies of three-piece containers, copper has become an important raw material for this industry.

Today its use is widespread in welding machines, used for the manufacture of packaging bodies, used to contain canned products, processed or subjected to pressure, which require a high degree of tightness. It is an expensive material, so its control in quantity and quality must be very demanding.

Copper, symbol Cu, is one of the metals most used by man, is metallic in appearance and reddish brown. Its melting point is 1,083 ° C and it has a density of 8.9 g / cm3.

Between his properties, stands out his high conductivity of the heat and electricity, the resistance to the corrosion, as well as his malleability and ductility. Due to its extraordinary conductivity, second only to silver, the most widespread use of copper occurs in the electrical industry. Its ductility allows transforming it into cables of any diameter, from 0.025 mm. The tensile strength of the stretched copper wire is about 4,200 kg / cm2.

The copper used in the metal sector is supplied in the form of wire, circular section. It is used in several diameters. The most usual are:

It acts as a mobile electrode, moving at the same speed as the container. In figure 1 the path of the copper wire is represented schematically, from the coil “A” to the inner welding sheave “B”, following the outer sheave “E”, up to the deposit of shredded thread “D”. Zone “C” corresponds to the welding zone of the container body.

Figure nº 1. General diagram of the path of the wire in a welding machine

To increase the contact surface, it is profiled in the welding machine, previously to the welding zone. In this way its section is transformed from circular to elliptical, or rather rectangular with rounded corners. This shape coincides with those of the grooves of the two welding sheaves.

The same thread passes twice through the welding point. One for its internal part and another for its external, presenting each time a different face. The real circuit that it runs is quite complex. Figure 2 shows how the circuit covered by the thread in a typical automatic machine (Soudronic type FBB) is actually the case.

Figure No. 2. Actual thread circuit in a welding machine

In the same one can distinguish a series of mechanisms, as they are among others:

SPECIFIC FEATURES FOR THE PACKAGING INDUSTRY

The copper used in the electric welders of packaging sewing must have special characteristics of purity, hardness, strength and cleanliness. They are linked to:

–          Its function as a mechanical element in motion subjected to stresses: Hardness, elastic limit, elongation …

As seen in figure 2, the route is quite complex, so if the thread breaks it is an important loss of time to rethread the same, so it is very important that its quality is appropriate for this homework. Therefore, the properties of the same must be perfectly known and demanded from the supplier.

They are reflected in a simplified manner in the following. 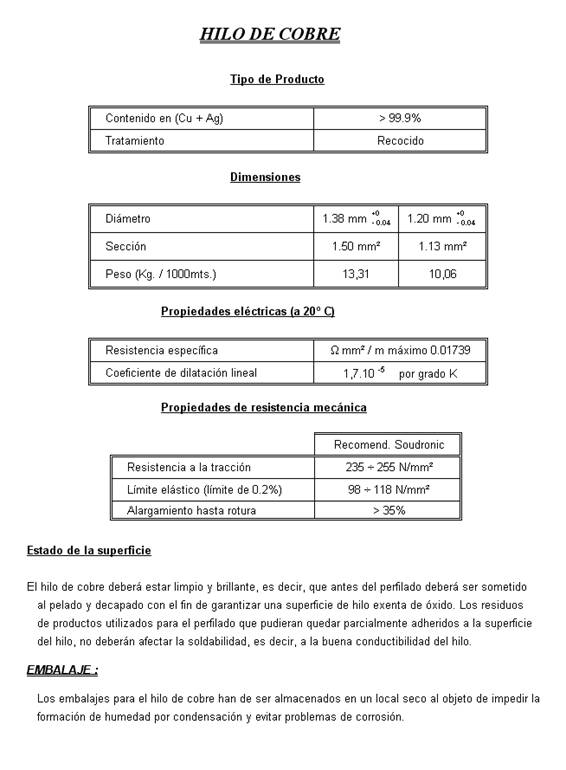 The manufacturers of copper wire usually supply it in the form of coils protected with a cardboard and plastic packaging, deposited on pallets. See figure 3 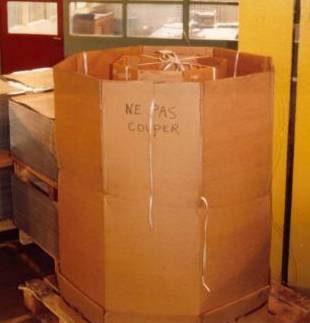 These coils are positioned at the head of the lines, where it is easy to access, and from there, through aerial pulleys, it is moved to the welder. See figure nº 4.

To avoid sudden pulls of the thread, during the starting and running of the welder, which would cause breakage of the same, it is necessary to pass the thread, at the exit of the coil, by a pulley that is mounted on an elastic tensioner, loaded on springs. In this way the march becomes much smoother, since the springs absorb the pulls in the circuit. See figure 5 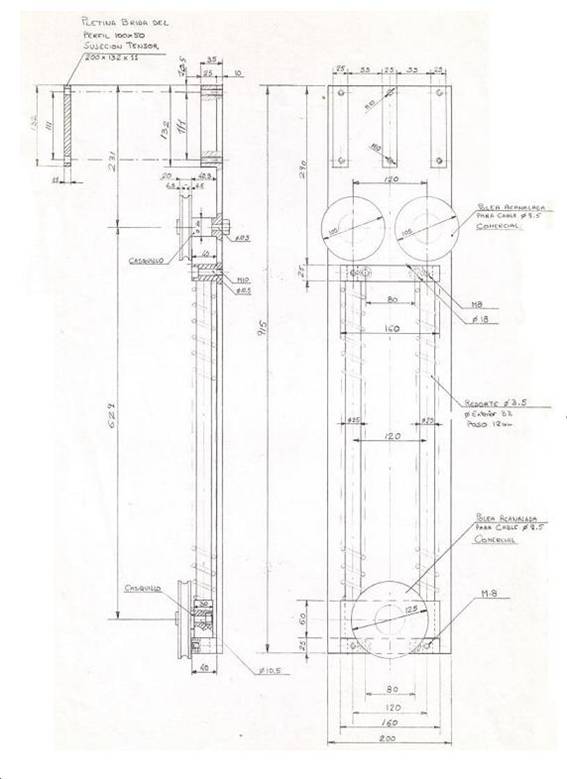 After use, the yarn is chopped and stored in suitable packages. The high cost of yarn means that the resulting scrap is taken care of with special attention, assuring its return in due conditions to the recuperator, who will normally charge a price per Kgr recovered, plus the amount of losses due to losses in the process, expressed in percentage terms quantity.