START OF THE CANNING OF BEER IN SPAIN 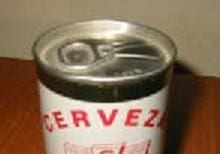 Considering it to be of interest and taking into account the suggestion of different technicians of beer canner companies, I present below some notes on how the beginning of canning of beer in Spain was conceived.

As a member of Cidesa’s Technical Directorate (now Crown Cork) headed by Tomas Somohano Gómez and of José Macho Quevedo Technical Assistance, I lived very closely the whole start-up process, both of the first packaging, and later the “start-ups” of manufacturing of the different Spanish beer canner companies.

In 1967 Tomas Somohano, influenced by his work experience in Mexico, was convinced that the time had come to introduce in Spain the can of beer-drinks that had reaped great success in America. Therefore, he persuaded the Board of Directors of CIDESA to try to enter the market in question.

In March 1969, CIDESA, based in Valencia, bought a closed-can Group of beer cans, consisting of an 8-valve Meyer filler and a single-head FMC 178 seamer with a theoretical production capacity of 60 cpm. This “group” had the mission to carry out beer canning tests, in an attempt to convince the companies of the sector to carry out market studies with canned beer.

At the beginning of this project, it was thought to close the can with the flat top and bottom caps and introduce a nail can opener to the market to perforate the lid. The breweries reacted negatively to this opening system by introducing the easy opening lid “Ring-Pull” that facilitated “something” the acceptance of the metal container for beer. I say “something” because in general, beer companies were initially reluctant to use the metal container.

Cidesa opted for football fields to start the first sales of canned beer. And it was El Águila, the company that accepted the realization of the first market test in the Manzanares football field – today Vicente Calderón – owned by Atlético de Madrid.

With the indicated “filled-closed” group, they were filled on the morning of May 11, 1969, at the El Águila plant in Vara de Quart (Madrid), where the first 10,000 metal beer containers were placed. sale the next day, on the aforementioned football field, where a match of the FA Cup against a Dutch team was played. 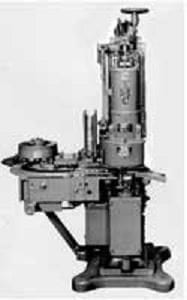 The containers were stacked for sale, one above the other next to the access stairs to the stadium. Personally I stayed next to the containers for some time, waiting to hear the response of the public. Public that showed his surprise for the new packaging of the beer, but that consumed all of them.

That was the first market test that served to convince El Águila to start, with the closed-fill group indicated and owned by CIDESA, the canning of its Imperial beer.

At that time, in a match of the European Cup held at the Santiago Bernabeu, a spectator wounded the referee who was running the match with a bottle. The Ministry of the Interior (today Interior) studied very seriously the suppression of the sale of canned beer in glass and in the football fields

After numerous meetings between the Ministry of the Interior, El Águila and Cidesa, the sale of beer cans was accepted on the soccer fields. An engineer from Cidesa conducted a mathematical study in which he demonstrated that an empty can could not hurt players, referees or spectators. The full tin was obvious that it could not produce them because when it was supplied open, it would pour out during the trajectory.

On July 20, 1969, the date of the man’s arrival on the moon, the industrial canning of beer began in the aforementioned El Águila plant. The containers were 3 pieces solder tin / lead capacity 35 cl. and closed with a tin bottom (the aluminum lid, due to its greater complexity, was closed by the International Packaging Company). The lithograph corresponded to “Imperial Eagle”.

For several months, every Friday night I traveled from Valencia, by train-bed to Madrid to help on Saturday morning the technicians of El Águila, (led by Antonio Bellido) to fill the beer containers that were going to be sold on the Atlético de Madrid soccer field as well as in other shopping centers.

So, it was at the Atlético de Madrid football field where, in 1969, the first “cans” of canned beer were sold in the packing plant that El Águila had in C / Vara de Quart in Madrid. filling, which we got, was 56 cpm

On March 15, 1971 El Águila replaced the first filling-closing group formed by the IMC 178 and Meyer 8 valves already indicated, by a Ferrum 308 seamer and a Noll 40 v filler with 350 cpm capacity. The IMC + MEYER group was “repescado” by CIDESA to start trials in different bottling plants for soft drinks in order to start a process similar to that carried out with beer.

NOTE: There was a beginning of canning of beer in Spain in January 1969 at the plant that the Skol company had in Breda (Gerona). The few containers filled were 50 cl. 3 pieces solder tin / lead lithography GOLD BEER and were manufactured in one of the Metal Box plants in England. This company was a partner of Cidesa and made these cans on behalf of the same.

CAN BOAT CONTAINER?
NOTES ON THE HISTORY OF THE METALLIC SECTOR IN SPAIN PART 1
TIN
MAIN QUALITIES OF CANS