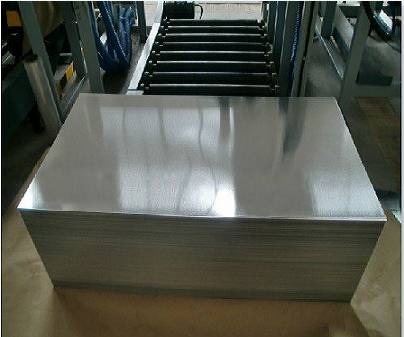 Normally the electrolytic tinplate is lubricated with “dioctyl sebacate” (DOS) or with seed oils applied by electrostatic means and whose quantity can be graduated with great precision.

The lubricant acts as a protective layer of chromium oxide and chromium, which is what actually preserves the surface of the tin, putting it in the form of thin film to not counteract the effects of passivation. The normal amount of lubricant that is usually used is in the order of 0.005 g / m2 or less.

There is no doubt that tin coatings on steel improve their machinability. In some cases deeper embossments can be made than in uncoated steel of similar quality. The wear of the tool is reduced. These effects may be due in part to the “lubrication” power of the soft metal film with itself, and in part to the ability of tin and its alloys and compounds to anchor oil films under adverse conditions.

As we have already indicated, the lubrication oil film is extremely thin and the term thickness is deliberately avoided, since it is very likely that these oil films are irregularly submicroscopically and sometimes monomolecular in thickness.

Routinely determining the weight of the oil film and its uniformity of application, is not a usual test, but in some cases it may be convenient to have an evaluation of it even if it is approximate, since defects accused in this film may cause serious problems during the manufacturing process, especially in the varnishing and printing workshop.

We will indicate two simple tests, which do not require special equipment and which allow to have an orientation of the quality of the superficial lubrication in the coated steels.

It is a very simple procedure to check the uniformity of oil application. To make them, take some sample sheets of the batch that you want to verify, and sprinkle them by blowing a fine powder. The amount of powder adhered to the surface is approximately proportional to the thickness of the oil film.

The application of the layer of would have to be made as uniform as possible. The test is very rustic but it serves to get a first idea.

TEST OF THE REFRIGERATED CHAMBER

Another much cleaner procedure is to introduce the sample sheets to check their lubrication in a cold room for a few minutes, enough to cool to a low temperature. Then we will remove them and a natural condensation of atmospheric humidity will occur on the surface of the leaves. The appearance of the condensed moisture film gives a very useful guide to determine the regularity of the oil sheet.

These methods give a quick check useful, but its use is limited, since they are only usable to oils of recent application, being its essentially qualitative nature.